What do cryptos need to go mainstream? 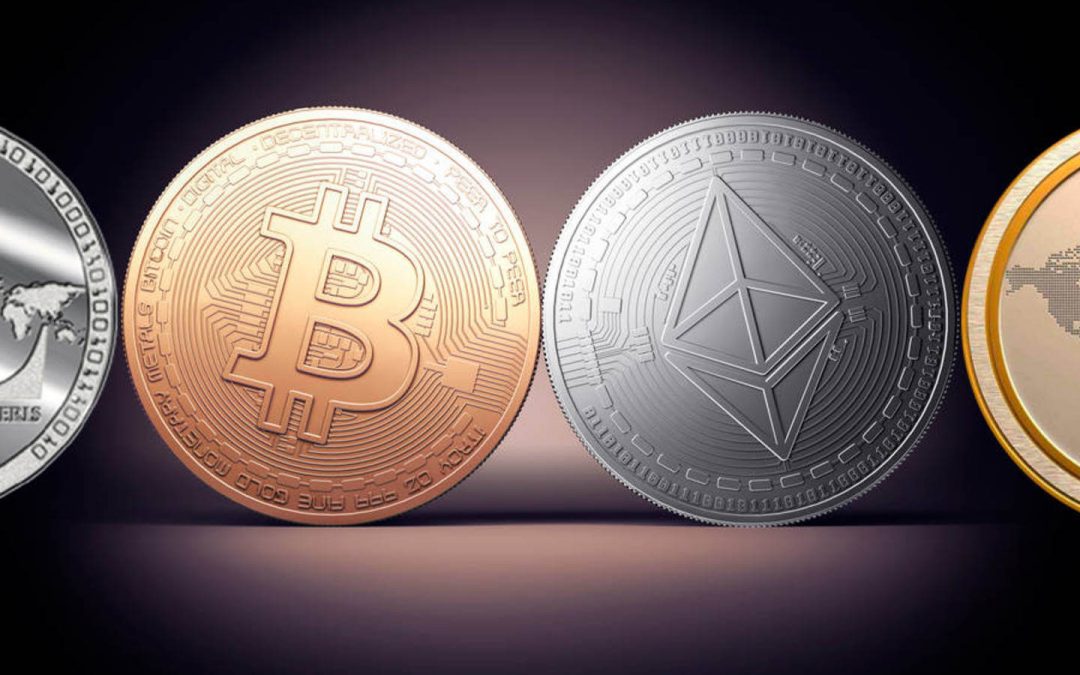 Now, eight years after the first bitcoin was issued in 2009, there are hundreds of cryptos and the market cap is in the tens of trillions of dollars. Growth seems to be exponential. Their impact on an economy could be global and without precedent in an attempt to democratise it: make it more transparent, efficient, and with more competitive in any banking or financial service. They will have a high impact on project financing, on how financing services are provided, on equity trading, on payments, basically on any asset moved between people.

All of these ideas are very interesting but the truth about how they are going to be used in real life is different: barely few hundred thousand people, the early-adopters, are using crypto. The market size is tiny compared to traditional money and its impact on the real economy, beyond its speculative use, is minuscule.

Projects around crypto-currencies challenge the creation of a global economic order, however, their anarchic vision based on anonymity and the lack of trust from the lack of control mechanisms and their volatility means that their maturity is still far from turning into a commonly used project. Why isn’t it really taking off? What can we do? This post is some of our thoughts.

Although several sources were used, most of this post’s analysis is based on a study called “Global Cryptocurrency Benchmarking Study” by Dr. Garrick Hileman and Michel Rauchs, 2017, sponsored by VISA, studying 144 cryptos organisations.

In 2012, we started a project to change the paradigm of democracy using electronic means, creating the first citizen participation network with legal backing. This project aims to allow citizens to exercise their sovereignty from their cell phone every day.

E-democracy and cryptos herald an unprecedented positive change in our society. They are similar in the challenges they face to become commonly used in developed societies. They’re the same since the economy and democracy are intrinsically related: they’re two sides of the same coin. Over time I’ve begun to see in the e-democracy project civitana.org how much it is like the diagnostic of cryptos and solutions for them to go mainstream.

Cryptos are at early stage adoption, far from widespread

Although there are many more wallets, most studies, including the one this article is based on, point to three to five million active users who own cryptos. The most conservative estimates limit unique users to 700k, if you look at the number of unique addresses used annually in e-trade.

A 2016 report by Coinbase and ARK Invest estimates that more than 74% of users adopt cryptos only as an investment, for speculative reasons.

If we put aside wallets for now and look at payments, it is very hard to develop cryptos for payment services. Seventy-nine percent of payments companies using cryptos work through existing relationships with financial institutions and payment networks. While there are more and more merchants who accept cryptocurrencies as a means of payment, cryptos seem to mostly be used as a standard B2B exchange between major financial institutions.

Geographically, 81% of the wallets are in the US and Europe. That would be 99% if we included ASIAPAC. That means that the development in South American countries and in Africa is nigh on inexistent.

Even keeping in mind the main driver behind the use of cryptocurrencies in investment or speculation, its market cap hit tens of trillions in March 2017, just a drop in the bucket in a traditional paper-money based market cap of $90 trillion.

Cryptos: To move forward we have to solve a dilemma…

The dilemma is whether to be inside or outside the system. I’m afraid there’s no middle road option.

Change from anonymity. Anonymity is one of the major values of today’s cryptos in an attempt by most service providers to guarantee it. This shift would create a new world order based on only individual rights, without obligations, beyond all regulations meaning beyond the state’s grasp.

The other option is to consider a currency change from the inside: to decentralise and gain transparency for the economy within today’s model, with obligations (paying taxes) and generating trust. We’re basically talking about advanced democracies where citizens are represented and politics are organised through the state.

I see the first option as Utopian since it tries to change value between people against a background of distrust and lack of solidarity. We assume the fact that equity trading is key for human relationships and to generate a sustainable way to coexist: the anonymity, the 0 trust, the individualisation and lack of community solidarity since it’s outside of regulation and taxation, make it a paradox and a techno-utopia.

The final consequence of anonymity is that the decision to pay taxes is up to the person. I have rights, but do I have obligations? “We’ll see, maybe.” Imagine a normal family, where the parents work, pay rent or the mortgage with anonymous cryptos, one of them is paid anonymously, the other gets his company’s bills paid by his customers and makes them anonymous with cryptos. They pay for their services: their children’s schools, food, insurance. They invest with capital gains. All within a context of anonymity. What do you think will happen when they have to pay taxes? Will they pay them? Will they contribute out of the good of their hearts? And will they, at the same time, use public services like scholarships or the national health system? Do you see where I’m going with this?

As of today, cryptos have meant voracious speculative investment and a slathering of criminal cases: money laundering, terrorist financing, and concealment of funding sources, ramsonware, etc.

This is why we think that anonymity is hurting the image of cryptos and is the main obstacle keeping it from going mainstream. I’m sorry to disappoint fans of anonymity since they should know that it’s not entirely real, it’s just a first attempt. There’s an abundance of literature explaining the concept of pseudo-anonymity. In general, operations online leave more traces than transactions in the real world. It’s a matter of time before there are tools, even outside of regulation, to track any crime that might be committed, even the sophisticated ransoms paid with cryptos in cryptovirology. Research is already underway to overcome this challenge, whose major customers are in the police and computer-related crime departments in state’s security units.

My solution to the dilemma comes from the second option: maybe it’s still flawed but definitely more charitable, reasonable, and easy to put into practice. Making cryptos come under the umbrella of regulatory compliance would prevent crimes, create a climate of trust to help its use, and cultivate fellowship by paying taxes, the basis for a democracy that aims to achieve a fair society and can offer the most opportunities for growth. Remember that society built by paying taxes has generated the most benefits for our community in the history of humanity: the impact of that solidarity is enormous in our lives and can improve even more with an economy based on cryptocurrencies because it will be more transparent and competitive by replacing today’s monopolies and oligopolies, making the economy more democratic. To illustrate the idea of the impact of advanced democracies on our lives, let’s see what happens when there is more solidarity. Solidarity materialises when we pay taxes and paying taxes means more resources to exercise democracy with. This graph relates the level of democracy and its consequences: Human Development Index, Per capita income, Inequality Index:

I’m an avid critic of today’s democracies; I think that they still have much to discover and that they’re just the start for something much bigger. That said, it’s a fact that our society, if we look at the relationship between the data and the historical context, has never had more progress and well-being in any other political system than today in democracies.

E-trade is traceable, even operations with supposedly anonymous cryptos. In the future, electronic operations will be more secure but they will also create more ways for states and/or private corporations to control citizens. The aim behind creating anonymous cryptocurrencies was also to find privacy in transactions in the face of the outpouring of online products and services that use personal data in what seems like to be arbitrarily and indiscriminately for the profit and, potentially, more control of private companies like Google or Facebook with the resulting loss of privacy.

This is an important matter and we have to deal with it: Privacy is a right. We have to protect that right, since it guards us against interference. We must protect it and with all our strength in online relationships and transactions. We shouldn’t, however, confuse it with anonymity. Anonymity can make privacy possible but at the same time make it possible for people to find impunity for crimes committed from money laundering and terrorist financing or child molestation by allowing false names or identity theft on social media.

This situation isn’t easy to solve, not, at least, with a simple blanket solution. In 2014, we created civitana.org, the first voting project in the world that was fully online, and we faced the same problem a referendum would when a person goes to vote at a polling station: you have to identify yourself with your ID and you also have to make the vote anonymous by putting the ballot into the box in an anonymous envelop and mixing it in with the rest. The system we created was the same as a ballot box and responds to a universal voting requirement. To put it another way, we resolved the problem by generating trust in identity in a first step so an audit and verification could be done throughout the process and the anonymity of the electronic vote preserved.

Regardless of the solutions, we are faced with a challenge with how people’s privacy is managed privately and in cryptos. The ways to solve it can be technical, like the one above, or by giving control and power over the information to people. The regulation is also advancing: the new European GDPR regulation applies stricter rules to how general data should be handled by service providers, getting to the root of the problem. The Internet is still young and so are its business models: there’s no history to compare this situation to but all signs point to the fact that part of the solution to privacy is for users to be more conscious and know more about the services they use and that over time they should better limit what they want to do with their data and draw a line in the sand between the data and services they want to share and use and the ones they don’t.

This virtual money will quickly go mainstream as soon as they get regulated. Anonymity is the main barrier and should be changed to a correct management of people’s identity and the use sources of the money. There are best practices like those by FAFT, AML European regulations, or KYC processes to address this challenge. There are already some ICOs and wallets that have the guarantees required by the regulation. The ICOs will probably suffer at the beginning since they won’t be able to capture money that has been laundered but, in the long run, they will generate more trust among average investors, regulators, and will become an alternative to today’s financing options.

Cryptos offer more transparency and more competitiveness, with benefits for all people and for society at large since they make the economy more democratic.

By generating more trust, equities can be traded commonly with cryptocurrencies, increasing their use for the real non-speculative economy, making it harder for crimes to be committed, preventing money laundering and financing of terrorism. The volatility of cryptos will decrease to stable levels.

Iván Nabalón is the founder of Civitana, the first, biggest and legally supported social network in the world for Citizenship Participation and CEO of Electronic Identification, the company leader in video identification of clients.